BIG PLANS AFOOT IN CALIFORNIA, ONE STEP AT A TIME

Two years later, in 1904, two of the United States' oldest cup ompetitions, the California State Senior Challenge Cup (State Cup) and the John O Belis Perpetual Trophy began, and, further north, the Sacramento Soccer League also came into being at around this time.

The state's clubs have had a lot of success in the famed US Open Cup competition, though it took until 1955 for a Californian team to reach the final, when Danish American SC lost the final on home ground in Los Angeles to New York's SC Eintracht. It wasn't until 1958 that a Californian club finally got their hands on the trophy. Los Angeles Kickers were that team, and they won it again in 1964; in the years since, they were involved in a series of mergers and are now known as Los Angeles FC. San Pedro's McIlvaine Canvasbacks won the trophy in 1959, defeating Fall River SC 4:3 in a pulsating final, but have since faded into obscurity.

San Francisco's Greek-American SC lifted the trophy in 1985 and 1994 before they, too, became defunct in 2005. San Jose Oaks brought the cup back to California in 1992 before another San Francisco club, El Farolito, which was founded in 1985, won the US Open Cup a year later under the name CD Mexico. Greek-American SC's triumph in 1994 ended the penultimate competition before the MLS big guns joined in in 1996.

Los Angeles Aztecs won the ill-starred NASL in 1974, and, more recently, LA Galaxy lifted the US Open Cup twice in the early 2000s as well as four MLS Supporters Shields. San José Earthquakes have also lifted the Shield twice, and Los Angeles FC won it in 2019. 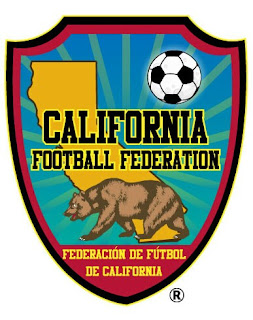 So, there has been plenty for Californian football fans to celebrate down the years, but for those teams and players operating outside the auspices of the USSF, targets have been few and far between, but that is all about to change, if a chap called Sven Serrano has anything to do with it.

Serrano has spent much of the last three decades living in China, but had travelled to two World Cups - in 1998 and 2002 - to cheer on the United States team. After the team were knocked out of the 2018 qualifiers, he had, by his own admission, no-one to support at the 2018 World Cup. So, from his home in Shanghai, Serrano got in touch with some designers and a Chinese clothing factory to release a line of California "National Team" apparel in 2018.

He also discovered that there was a fledgling movement for Californian independence, something he himself had been advocating for many years, and he got in touch with them; between them, they launched a project to create a bona-fide California representative football team. The California Football Federation was born. Now, a small group of volunteers from across the state have joined Serrano to help the CFF become more than a pipe-dream, holding weekly meetings via Zoom. The city of Bakerfield, some 110 miles to the north of Los Angeles, has been designated as the CFF's base, at least to begin with.

But why was the CFF set up in the first place? Do Serrano and his team advocate an independent California, or are they more concerned with football? Like the CFF itself, perhaps, the state of California is in perpetual flux, as Serrano explains: "California is unique and distinct in its identity. We, as a people, are rapidly morphing into a nationality and our 'state' into a nation. In this regard the project of a California national team is a direct exercise in nation-building."

"Not all of us in the CFF are committed to the idea of independent California but we all think a California [Football] Federation could a better job of promoting the sport here in California. The US Soccer Federation with its current system and bureaucracy doesn't see the whole picture when it comes to soccer - and people, though that varies from state to state. Scotland has an independent FA and team and it is still, when we last checked, a part of the UK. Why not us, too?

"But..the last thing we want is any backlash from USA fans. We are critical of the USSF because of its [many shortcomings, including] pay-per-view for matches, there are few opportunities for low-income, minority players, no promotion/relegation, etc., but if we were to discover a prospect who played for our team and then got on a US men's national team, we would be overjoyed." 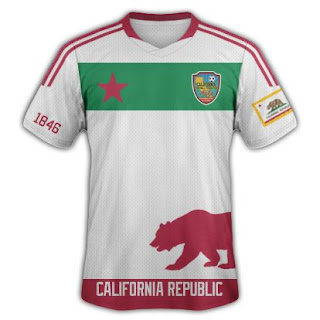 The organisation is still very much in its infancy and has a tiny core of support, but it is looking to grow in as many areas as possible. Serrano again: "We have fourteen active volunteers, but we are looking for ten more in order to make this a permanent working entity. We are waiting for women who would want to help us build a women’s national team. We now have a working Board of Directors with five members. Our base is in southern California, but two of our members are in the north, in the [San Francisco] Bay Area."

"We had players from my neck of the woods in the Inland Empire who have an interest in the idea and are excited for the idea to come to life", he said. "We [haven't] played a game yet but we have around 600 followers on Facebook, Twitter and Instagram so it's growing for a future time during the pandemic.

"We do have a list of interested players, most are from the Inland Empire and High Desert and our list is still growing as we hope to reach our base from areas of the state that aren’t Los Angeles, San Diego or the Bay Area. We want to place our flag in the city of Bakersfield as being the center of both the northern and southern part of the state, so we want our fan base to start there."

Serrano expanded on this slightly: "Our plan is to recruit players in the Central Valley and ‘Inland Empire’ (1-2 hours due east of Los Angeles). This area, which is home to many immigrants and local football players who would never have a chance to play for [the United States], is key to our team. We will put out the call to San Francisco, Los Angeles, and San Diego based players too, but they will have to come to our camps in the Central Valley."

Torres admits that the CFF had had difficulty finding sponsors so far, and that media interest has been small to say the least, but they are intent on spreading the word on their existence amongst California's football lovers.

"Sponsors have been difficult to find at the moment as it’s not surprising people like to keep their money during these uncertain times. However, when the sun comes out we expect some sponsors to support our mission and come on board. We have been reaching out to spread the word about us joining WUFA this year and we’ve been on a podcast called Soccer Nostalgia which went very well. As our Federation is bilingual, we hope to get press in California’s vibrant Spanish-language media."

California, like almost everywhere else, is in the grip of the Corona virus crisis, but this hasn't stopped Serrano and his fellow CFF members from planning for the future and coming together via their Monday morning Zoom conference calls. Trials for the fledgling national team are a top priority, as he himself points out, but the CFF has a lot of things in its sights.

"As soon as a relaxing of COVID controls permit it, we plan to hold team try-outs and training camps for our first ever national team [from 30 March]. The CFF will offer places on our Board of Directors to California men’s and women’s professional and amateur teams so they can have a say in the team formation.

"The CFF can also become a shadow association and a talking shop in hope of pressuring the USSF on issues such as youth development and promotion/relegation in California. A California FA Cup is another project for the future."

The CFF applied to join CONIFA last year under the organisation's Nakuma (Friend) status, but admitted that they were not ready for full membership. Nevertheless, they decided to join the World Unity Football Alliance, which was formed last summer. Serrano: "It has been decided that WUFA status is fine for us at the moment. We can build our team and put it on the field in July of 2021 in the Alliance’s ‘World Series’ round with Karen FA, Darfur United and Kuskatan. After this, should we have a strong organization set up we will most-likely re-apply for CONIFA status. However, under their current membership requirements we still do not qualify for full status, so ‘Nakuma’ or friend of CONIFA is our only place." 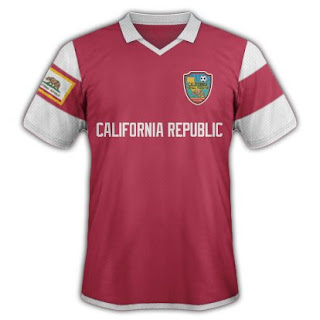 In the meantime, Serrano and his team are delighted to be members of WUFA, and it may well be a relationship that will last long into the future, but, for now, they are hoping that the proposed four-team tournament in southern California can go ahead: "We love our relationship with WUFA so far. We were immediately accepted and they, especially Gabriel [Stauring, WUFA chairman], have been most supportive. We are hoping the devasting effects of COVID-19 in Southern California will not cancel the July tournament although we are resigned to the fact that it may be played behind closed doors."

The CFF hope to be able to use the Centennial High School pitch in Bakerfield for their home matches, and the number of potential triallists is encouraging, but Serrano admits that the fundraising side of the whole operation is going a little slowly. "Nearly 30 players have expressed an interest in trying out for the team in March and April.  We hope to get highlight videos first from most of them. The goal is to organise three try-out camps, one each in northern, central and southern California. Our greatest challenge has been fundraising.  Merchandise has raised about USD1000 and I have contributed about USD2000 of my own funds.  Crowdfunding is still in its early stages."

Things may have got off to a slow start for the Californians, especially from a financial point of view, but they are planning for the long haul and remain positive. With WUFA, the CFF are in a place they feel happy with, they have more people involved in the running of the organisation and they already potentially have a full squad of players. They have a potentially huge player, sponsor, volunteer and fan base, and, although it will take time for word to filter out about the CFF's existence, the early signs are positive. As Serrano himself put it: "That’s us in a nutshell, taking toddler first steps, but remaining most optimistic."

AUTHOR'S NOTE: Many thanks to Sven Sorrano and Salvador Torres for their help with the above article.

To find out more about the California Football Federation (and peruse their wares while you're at it), kindly visit their website: www.calfootballfed.com